Cyclists Fear for Their Lives from Road Ragers

Unless you are built like a younger version of Arnold Schwarzenegger or Lou Ferrigno and you ride your bike a lot, you probably don’t stand a chance of fending off would be road rager drivers that may feel invincible behind the wheel of their vehicles, which could in fact weigh up to a few tons. Colorado happens to only accentuate the issue, seeing as this state has a record number of bicyclists and plenty of hills and mountains for bicycling enthusiasts to ascend.

One Colorado Springs racing team member actually had a driver do the most unthinkable: He took a shot at the bicyclist with a gun.

"I've had things thrown at me, people swerve at me, people yell random things," but never been shot at before, says the COS bicyclist, who shall remain nameless to protect his identify.1

Allegations and Details about the Road Rage Shooting 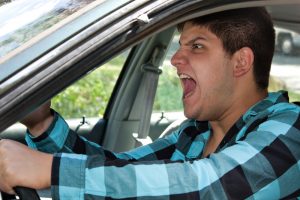 The following details surrounding the road rage shooting were gathered from news reports and police records:

The following facts and statistics were gathered from several law enforcement agencies:

The following are some suggestions on how to not get hit by cars, when commuting around on a bicycle:

Have you or a loved one been injured as a result of a road rage incident or car-related bicycle accident? If so, the Colorado Springs Car Accident Lawyer with Shakeshaft-Gorman Law Firm, LLP is ready to advocate your rights, help you recover financially and ultimately help you put your life back together.

Our offices are located in Colorado Springs, but we also take cases throughout the state depending on the type of case you are involved in.

1“Cyclists say their lives are at risk from road-raging motorists” published in the Colorado Springs Independent, March 2017.

Will Self-Driving Cars Really Be Safer?

There are several factors that industry leaders, manufacturers, regulators, and consumers all have spinning through their heads with regards to the reality and legitimacy […]

Read More
Cyclists Fear for Their Lives from Road Ragers

Unless you are built like a younger version of Arnold Schwarzenegger or Lou Ferrigno and you ride your bike a lot, you probably don’t […]

Train accidents can be extremely dangerous and disfiguring to those who actually survive them. There are generally three causes of train related accidents: Train […]